Sometimes despair is concealed by a long and desperate fuse, as revealed this month in Albany, Oregon, the state in which I live, labor and love.

This month, friends and family of Kaitlyn Boris wonder why the 15-year-old took her life. But Kaitlyn told us why. As in so many cases where bullying is a contributing factor, the answer is not found in a riddle, which is insolvable. It’s found through pieces in a puzzle that those with the right mind, heart and courage need to assemble. One piece of this puzzle is found through the recognition of evil, something many of us no longer believe in—including those in church. 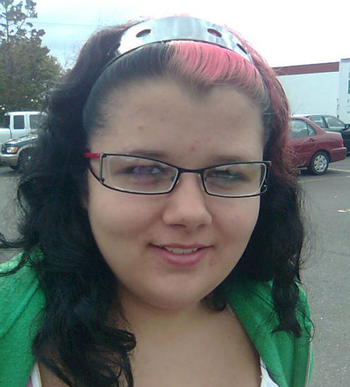 “I’m ugly. I’m horrible. Everyone laughs at me. … I look in the mirror and can’t believe what I see,” she wrote in notes her parents discovered after her death. We hear this unholy trinity so many times at The Protectors that it is par for the course. We can tell you where she heard such lies: School bullies. They don’t just attack our bodies. Like vampires, they want our souls. ”We’re finding notes saying how she despised herself,” said Dennis Boris, Kaitlyn’s father. And contrary to what many in education, ministry, and psychology tell us, this is the wicked goal that many bullies cherish. They wanted young Kaitlyn to hate herself, a condition that gives serial bullies dark power, perverse pleasure and glee.

What makes Kaitlyn’s struggle so compelling is that she took her life weeks before school began. A girl who talked about suicide before with close friend Kara Russell, Kaitlyn apparently couldn’t bear returning to an environment that few adults if any would tolerate without leaving and then suing their employers. She wrote about “kids tripping her down stairs” and “footballs getting thrown at her face.” Parents, if people intentionally tripped you down stairs at work tomorrow and threw hard objects at your face, would you ignore it? If you told your boss and were told that it’s just how the work world is, would you return? Yet our children hear something very similar every day. Worse, unlike adults who experience bullying in the workplace, our children have no choice but to attend school. And when you believe you have no choice, soon…you have no hope.

What killed Kaitlyn, a little girl who took her own life before the first day of school, who dreamed one day of owning her own restaurant? It wasn’t the 45-caliber pistol. That just made it easier, quicker, and accelerated the fuse. Other girls her age use scarves, electrical cords and the steady, grim pull of weight tethered to gravity. What killed Kaitlyn Boris was hope deferred, which makes our hearts grow sick (Prov 13:12). What killed her was fatigue to her young and abused spirit, a belated death that will be experienced by millions of children each year in our nation alone, children who experience the humiliation, contempt and disdain of bullying and find no meaningful help or relief, as the profound documentary Bully shows. The majority of the Church is slow to respond with more than words. A minority truly cares. And acts. But too many are indifferent to the plight of this needy and oppressed group, which was one of the sins of Sodom and Gomorrah (Ezekiel 16:49). An impressive exception is the Justice & Trafficking Initiative of Saddleback Church and Men’s Ministry Leader Kenny Luck. Another dynamic exception is Bethel Church of Richmond, WA and minister Dave Stavanus.

Having spoken to tens of thousands in churches about this growing evil, I’m often left asking myself, “Where’s the Church? Where are the Christian kids who witness such cruelty? Where are the Christian educators and parents standing against it?” I speak with Christian adults who approach me after I talk about our faith-based solution to adolescent bullying. They tell me their bullying horror stories with tears in their eyes, as if they just happened in the parking lot, when in reality they took place decades ago. The paint in their house of horror doesn’t dry. And when I tell them that they can help others like Kaitlyn escape what they went through—we never hear from them. They cry, wail, judge, condemn—but they don’t help lift the burdens of others. They mistake cursing such darkness as an act of creating light. Where is their faith and love in action?

If you judge this as hyperbole, consider the following. This August and September, in your city, town, province or neck-of-the-woods, a minority of students will go shopping, but not for school supplies or clothing. I’m talking….prey. They will shop for those to dominate, control, attack, and humiliate. The majority of these bullies will be met with no resistance from kids who attend church. Statistically, they will be supported by kids who went to Sunday School that week, that month. The majority of these church-going kids (about 60%) will be party to what is currently an unrecognized expression of evil when they watch, point, laugh or otherwise egg the bully onto greater acts of abuse.

Needless to say, people are leaving the Church due to its anemic response. Writes Wendy: “Bullying is why we finally left the church for good. Our special-needs child was being picked on by ‘good Christian kids’ in Sunday School and youth group. Thankfully he doesn’t have the self-awareness to be cognizant of the cruelty that they were displaying, but his sister does, and even though she alerted ‘good Christian leaders’ as to what was going on, NOTHING was done. After several kids picked on both brother and sister (sister for the apparent crime of having a special needs sibling?…), and several emails/phone calls that fell on deaf ears, we were outta there.

We’ve never experienced the kind of cruelty, hypocrisy, and judgment that we’ve gotten within the church outside its walls; in fact, quite the opposite. I agree with what you’re saying about Christians being more kind…but I’m not holding my breath for it to happen and I’m certainly not going to put my children in the cross-hairs of people who have already shown their true colors.”

What killed Kaitlyn Boris? We know this much. Her wounded spirit remained hidden from her parents and friends. It festered, spiraled and grew increasingly fearful, sorrowful and grief-stricken. Fear consumed her young and fertile mind. She felt she had no other option, a lethal and naive belief. But when hope vacates our minds and tender spirits, all things become possible.

Beyond this we are left to speculate, but an educated speculation. There is a strong chance that kids who went to Sunday School, who memorized Bible verses and who prayed to God saw what happened to Kaitlyn and did…Nothing. Many wanted to help, but were too cowardly, which is a sin (Rev 21:8).

Fellow parents, we have settled for low-grade goodness, measuring our performance by what we avoid—not by how our hearts overspill with gratitude toward Christ, how we help others in need because they are made in His image, and how we love because Christ commands us to. And we are diminished by following this easier path more traveled. We instruct our children to avoid bad words, bad movies and bad company, but we neglect, as Jesus admonished with some of the most powerful words from His mouth, “the more important matters such as justice, mercy and faithfulness.” Parents, we blind guides, we strain out a gnat but swallow a camel (Matt 23:23).

Because of this, but not only because of this, families continue to be torn asunder, communities mourn and receive no substantial salve, and the enemy of our soul walks laughing. It’s well past time to fight like Christians, the way Kevin Curwick has, a high-school senior and captain of his football team. Frustrated and indignant about cyberbullying, he started a Twitter account that exalts the positive qualities of his classmates. His effort to employ the cache of athleticism and the popularity it affords is spreading to other schools. This could be your school. But we must be faithful, willing and courageous enough to be different than the rest, and to live with the criticism that comes from non-conformity. Athletes in Action, Fellowship of Christian Athletes, and related organizations, you could lead the way in this righteous cause.