Dear loving parents and adults, we must lead the charge against bullying. Here’s how we can start

By Paul Coughlin | Published May 20, 2017 | Originally published on FoxNews.com 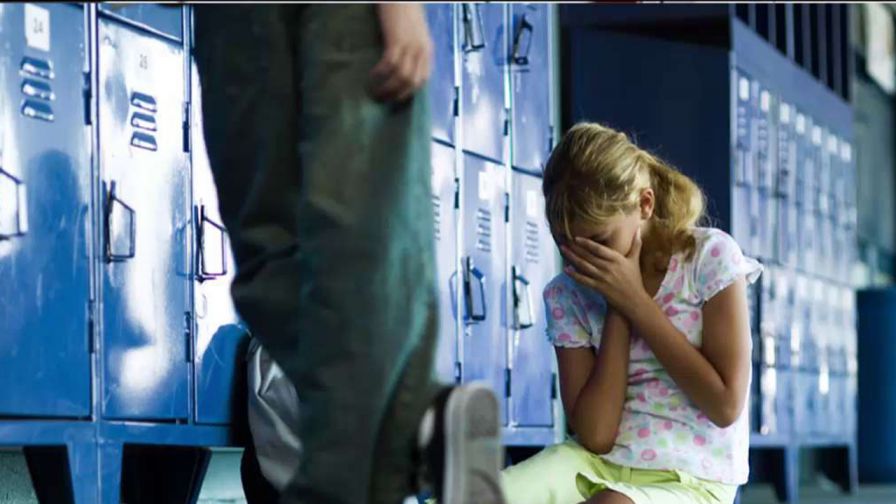 Study: Childhood trauma can lead to headaches, insomnia and more

By this time of year, school bullies have separated their prey from the herd – nice kids, shy ones, the kids whose parents tragically tell them to “turn the other cheek” – and filled their child victims with fears of humiliation, isolation and threats.

Tragically, school bullying is far more widespread than many people realize. Studies show that about 28 percent of students age 12-18 report being bullied at school each year, and about 160,000 children a day skip school across the country to avoid bullying. These targets feel less than others, because that is what their bullies and supporters tell them.

The result is lethal. Far too many times, I’ve talked with yet another grieving and weeping mother who has lost her child due to suicide caused by bullying – bullycide.

Like Jill Moore, who wept when she told me how her daughter, Alex, was so miserable at Jemison High School in Jemison, Alabama, that she hurled herself off an overpass and into morning rush-hour traffic, after years of ongoing bullying.

Like Maureen Molak, whose son, David, took his life due to brutal cyberbullying, even after transferring to a Christian school in San Antonio, Texas. She wept when telling me how David felt that “God had abandoned him. Our family will never be the same. It feels like a life sentence for all of us.”

Like the gentle and humble immigrant mother from Mexico, whose daughter tried to kill herself, or more accurately, tried to drain the pain drowning her tender spirit.

Panicked to the point of wheezing, her mother wept while telling me how her daughter’s head was bashed into a short concrete curb at school by a known female bully. The daughter was then punched multiple times by the same bully on the back of her head as she lay unconscious on the same skull-white concrete.

The girl’s frantic mother said in broken English that she makes her beautiful daughter sleep next to her every night, and drapes her right arm across her daughter’s body so she cannot slip her motherly grasp and try to take her life again.

Though a bullied child can be nine times more likely to consider or attempt suicide, most thankfully do not walk this desperate path. But something within them is still murdered – their vulnerable spirit.

It’s happening at this hour and every hour. Parents across our country are seeing vitality and hope drain out of their precious children. They are seeing what Martin Luther King saw in the eyes of one of his daughters, the “ominous clouds of inferiority (in their) little mental sky.…”

That little light of theirs no longer shines, such as happened with a 9-year-old boy with hemophilia, whose mother pulled him from public school and put him in a Christian school. But he’s still being bullied and is crying for help.

“He’s being bullied verbally, emotionally and now physically by the majority of students,” the boy’s mother said. “He has no self-esteem and doesn’t fight back. I constantly worry he’ll kill himself. I need someone to take this seriously. It’s killing me to watch my son so miserable.”

We adults must lead our children out of this complex bramble of disdain and hatred, and we have a long way to go, as revealed in the latest social experiment from Burger King. You may have seen the viral video where only 12 percent of adults helped a bullied child in a Burger King, yet 95 percent of the same adults complained about their inexpensive burger being mangled.

It’s a whopper of a fail. Until we adults care more about the psychological and spiritual well-being of our children – worth far more than a cheap slab of pressed beef – more precious children will take their lives in a shortsighted and desperate act to just make their pain go away.

Mature, loving adults must lead the charge – in part by taking courage from those already fighting and winning. Like Maureen Molak, who is burning out the bad soil of suffering and maternal grief, and transforming it into a laser beam of love.

Molak helped create David’s Law in Texas, perhaps the most powerful anti-bullying legislation in America. And she spearheaded the DBM Project, which stands for David Bartlett Molak, but also stands for Don’t Bully Me.

Sometimes, just a letter from an attorney can make bullying stop, smashing the stubborn myth that bullies can’t control themselves. They can. They just need a strong enough reason to stop.

May the DBM Project spread to every state in our great nation, and in the process, drape a loving arm across the shoulders of abused children and their families for generations to come.

posted in Anti-bullying, Bullycide, Cyberbullying, Help for Victims
no comments »
Share This: