BY PAIGE CUSHMAN | PUBLISHED JAN 17, 2017 | REPRINTED WITH COURTESY OF THE DAILY CITIZEN 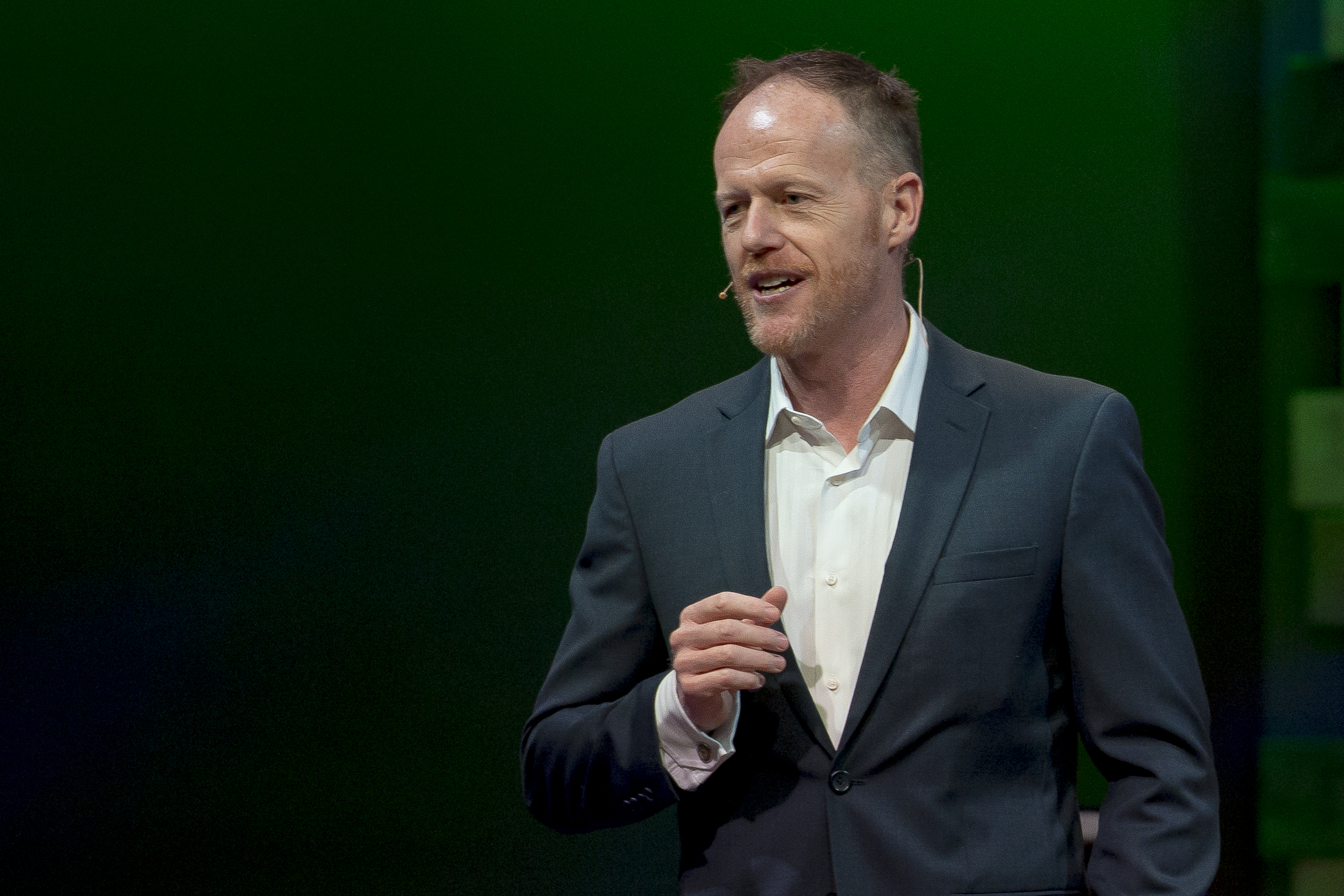 The Harding University Honors College recently hosted Paul Coughlin, an expert in the field of school and workplace bullying, as part of the L.C. Sears Collegiate Seminar Series in the American Heritage Auditorium. Coughlin discussed “How to Bring God’s Love & Justice Into the ‘Theater of Bullying.'”

A best-selling author and school bullying expert who spoke at Harding University last year believes bystanders are the answer to what is now considered the No. 1 form of child abuse.

Paul Coughlin, who discussed “How to Bring God’s Love and Justice Into the ‘Theater of Bullying'” as part of the university’s L.C. Sears Collegiate Seminar Series, said that as a former victim of bullying, he wanted to “work on behalf of justice” and found his program Protectors in 2005 to diminish bullying in schools.

Coughlin said he took inventory of his life and decided he wanted to make a difference in other people’s lives. He studied the topic of bullying for years before noticing an alternative approach to the problem that traditional, and unsuccessful, programs were overlooking. The Protectors website states that unlike other anti-bullying efforts that focus primarily upon reforming children who bully and which are historically ineffective, Protectors focuses on the rescuing capacity of bystanders.

“I studied the topic for like three years before I really created anything. And after three years I thought, ‘You know what? We may be on to something here in regard to growing courage on behalf of the bystander, seeing them as a protector.’ That was the genesis of it,” Coughlin said.

He also provides assertiveness training for targets, educates authority figures about bullying and attempts to inspire children who bully to employ their power in life-affirming directions instead.

“I am proud to help kids who are targets to no longer be targets,” Coughlin said. “The target can do things that can make it better in many circumstances. If we take that away, then they’re hopeless and their parents are hopeless too. It’s devastating to see how hopeless parents become.

“We have brought hope to thousands of kids who were pretty hopeless. … We have created protectors. We are proud to help create the kind of person who stands up for the weak and vulnerable and the wounded in spirit.”

Since there were already anti-bullying initiatives in public schools, Coughlin, who is a Christian, said he started Protectors as a faith-based program, but it didn’t take long for public schools to request his program as well. The program now has curriculum for public and private schools.

“Bullying stems from such profound human weakness — public schools are not allowed to speak to the spiritual side of bullying ”¦ they are not able to speak to the entire child,” Coughlin said. “I think, given the dynamic of bullying, Christian education has a unique ability to address it.”

Brandon Emlaw, president of the Honors College student advisory council, said that once the council learned what Coughlin’s organization did, he knew Harding students, especially in the education department, would benefit from his message. After the presentation, Emblaw said he felt “profoundly inspired.”

“I think a big part of it is to maintain hope and the perspective that even though this is a big problem there are things that can be done, and that we can put an end to bullying even if it’s just one small step at a time. Especially the education majors in the audience, I can imagine getting discouraged by the magnitude of the problem,” Emlaw said. “There are approaches and strategies and good things that we can do to help. It was really encouraging to me and I’d hope an encouragement to the education majors.”

During his visit at the end of October, Coughlin said he was able to inspire more than 200 Searcy grade-school students to publicly apologize for bullying and related behavior. He said he has kids apologize publicly because they often want to “get it off their chest” and bullies respond to positive peer pressure. Coughlin said that if the majority of students would provide direct intervention, “report not tattle” and comfort their targets after bullying occurs, it would reduce bullying in America by about 80 percent within two to three weeks.

“Kids need to be saved from themselves. They lack the wisdom and foresight on many complex issues and certainly the theater of bullying is a complex issue,” Coughlin said. “With wisdom, and grace and courage on behalf of educators, they can help kids navigate these difficult waters, but they’re not going to do it on their own.”

posted in Anti-bullying, General, Help for Victims, In the News, Private, Faith Based Programs
no comments »
Share This:

©2022 The Protectors. All Rights Reserved. Site design by Purr.