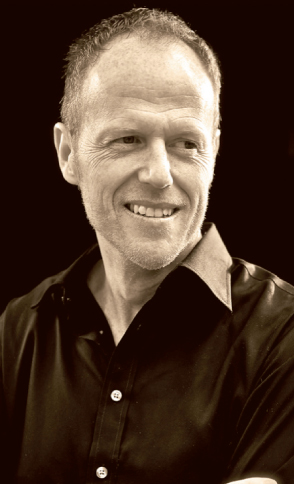 Protectors, founded in 2005, was born from personal experience and a unique understanding into a fundamental weakness to existing anti-bullying programs. As a Target of bullying while in elementary school, Founder and President Paul Coughlin knows just how damaging such a campaign of cruelty can be to a person’s emotional and psychological wellbeing—damage that can harm a person well into adulthood. Some never recover.

Unlike traditional anti-bullying efforts that focus primarily upon reforming children who bully and which are historically ineffective, The Protectors focuses primarily upon the potential strength, heroic desire, and rescuing capacity of Bystanders, transforming them into what we call “Alongside Standers.” We also provide assertiveness training for Targets, help Authority dispel the many damaging myths about bullying, and inspire children who bully to employ their power in life-affirming directions instead.

Studies show that Bystanders possess the most potential power to transform what we call the “Theater of Bullying” into a theater of character, freedom and justice. One study revealed that if only one Bystander, who doesn’t even need to be popular, uses his or her assertive but non-violent words in defense of a Target, that the incident of bullying can end 58% of the time within 6 to 8 seconds. By intervening on behalf of Targets, Bystanders will not only create safer and happier schools, but also create greater character within themselves and others.

COURAGE:  The MISSING VIRTUE in the “Theater of Bullying” and Character Development

Studies also show that the majority of Bystanders who witness bullying know it is wrong. They feel it is wrong and often express great sadness and sympathy for the Target. Yet most fail to act as if bullying is wrong due to lack of courage. The Protectors curriculum for students and faculty, and live presentations to students and parents, provides the training, inspiration and exhortation required to grow courage, the virtue that bolsters all other virtues. Without courage, said Maya Angelou among others, we are unable to practice any virtue consistently. Such courage training is essential to any school’s character development program, since, as Aristotle explained, “We only become courageous by doing courageous deeds.”

In its landmark National Bullying Prevention Campaign (2006), the Health Resources and Services Administration identified 10 strategies that represent best practices in bullying prevention. The Protectors provides all—especially as they relate to Bystanders and courage formation, which is essential to character development and providing a lasting solution to child-on-child aggression. Specifically, the report explained how schools need to create an environment where it is “‘uncool’ to bully, [and] ‘cool’ to help out kids who are bullied.” The Protectors helps your school create a climate where courage is “cool” by celebrating Bystander intervention through Courage Awards, special presentations, and through the age-old appeal to what Abraham Lincoln called “the better angels of our nature,” this heroic instinct that exists within us all to actively help others in need. Through The Protectors, children learn to become heroic, growing in character and stature, through completing heroic deeds.

The Protectors helps children of all ages understand that they can feel fear and still obey their conscience by doing the right thing anyway. We also bring to your school the remarkable “Power of Two,” where we help your students take the “buddy system” to the next school-changing level by having them defend Targets in pairs—bolstering courage, increasing success, and transforming your school one pair of courageous children at a time.

The Protectors is an Oregon non-profit organization recognized by the state of Oregon and the IRS as a 501 (c) (3) non-profit corporation and public charity, able to recive tax deductible bequests, devises, transfers or gifts. EIN: 47-3249039

Paul Coughlin is an expert witness regarding bullying and the law, and is a FoxNews contributor. He is a popular speaker who has appeared on Good Morning America, Nightline, C-Span, The LA Times, The New York Times, Newsweek and other media outlets. Paul is a best-selling author of eight books, including the freedom-from-bullying parent and teacher resource Raising Bully-Proof Kids, as well as a former newspaper editor. He works with numerous professional organizations to diminsh bullying, including the Baltimore Ravens. His anti-bullying curriculum is used throughout North America as well as in South Africa, Uganda, Australia, New Zealand and Brazil among other countries.

Paul is a boys varsity soccer coach, where he was voted Coach of the Year twice. Paul has also previously served as a member of the Board of Trustees for St. Mary’s School in Medford, Oregon.

Paul is a popular men’s conference speaker who has inspired thousands across North America as well as in Wales and England. Contact Paul to have him speak at your next event by clicking here!

©2022 The Protectors. All Rights Reserved. Site design by Purr.