Meet bullying Target Jason Carroll Moss, 38, who shortly before his 20th high-school reunion last week in San Antonio threatened those who bullied him and was arrested.

“I stayed away from graduation at the time because I would have started the Columbine shootings early,” Moss allegedly wrote on the San Antonio high school reunion’s social network page. “I was picked on and bullied by a bunch of you when I went to school and I wanted to kill everyone that hurt me.”

Moss continued, “I’m still seeking vengeance on all those who bullied and harassed me when I was growing up or went to school. You people do not know what you did to me.” Studies show that his last point is completely and sadly solid.

Detectives arrested Moss, who confessed to writing the rage-filled post and said he did it because the fear he experienced then in school has not died. He worried and probably obsessed that two decades later he’d be abused again.

The party went on as usual at a local country club. We can assume that Moss was the subject of a lot of conversation, speculation, and derision, at least by some. But what about those who bullied him? Were their names run through the mud? Was their behavior spoken of honestly and with the same fervor and derision? You can bet it was not. 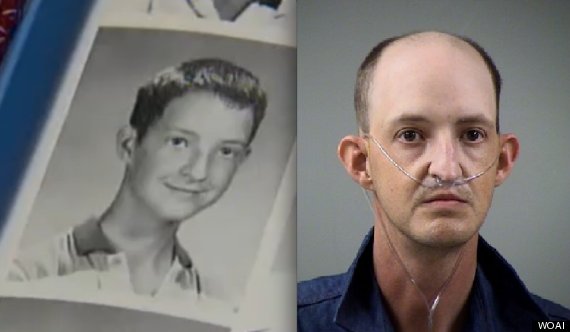 If you’ve been bullied, you know how hard it can be to forgive–especially when those close to you don’t have a clue how you felt, what you endured, and what you continue to ruminate over even 20 years later, like Moss.

But you have to try and, thankfully, it’s a process, which takes some of the pressure off. You will make progress, fall back, but then if you are committed to your own well-being and not the reformation of your tormentors, you will wake up another morning and get a few more footholds on Mount Forgiveness. And speaking from personal experience with both mountaineering and struggling to forgive, unlike most mountains that get harder to climb the higher you go, this one gets strangely easier–not easy, but easier. After a while, you no longer feel like you’re climbing because, well, it just doesn’t matter as much as it used to.

Studies show that people who forgive are happier and healthier than those who hold resentments. The first study to look at how forgiveness improves physical health discovered that when people think about forgiving an offender it leads to improved cardiovascular and nervous systems. Another study at the University of Wisconsin found that the more forgiving people were, the less they suffered from a wide range of illnesses.

Remarkably, we humans put forgiveness–the ability to halt resentment, indignation or anger due to a real or perceived offense, or ceasing to demand punishment for such an offense–up there as not just a want, but a need. Problem is, we often don’t know how to get there, and we know it. As proof, the Gallup Organization  discovered that 94% said it was important to forgive others, but 85% said they need some outside help, including divine help, to obtain it, similar to the way that people who want to lose weight hire a personal trainer–they don’t believe they can get there on their own.

Even more remarkable was how people admitted that regular prayer didn’t help them forgive. What truly helped them was meditative prayer, the kind that Martin Luther King committed himself to, not just to help him forgive those who harmed him and his beloved family, but also those who were committed to harming the people he longed to liberate.

Instead of thinking in terms of burying a hatchet, those of us who have been bullied should think in terms of burying the poison. Because un-forgiveness is like drinking poison ourselves and expecting our Bully to die. Thankfully, forgiveness exists in two flavors, like scoops of ice cream on a cone: Decisional, where your mind leads instead of negative emotions, and you choose how you intend to act or would act if you had the chance; and emotional forgiveness, the emotional replacement of negative, unforgiving emotions with positive, other-oriented emotions.

Emotional forgiveness is superior, more difficult, but not required for good health and right standing with God. In the New Testament, we see that God desires us to emotionally forgive because God loves us and wants us to be free from the snares of our oppressors, but He does not require emotional forgiveness. For many, this is a refreshing drink of soul water.

And forgiving another does not mean that the Target must reconcile with his or her Bully. “Reconciliation is resurrecting trust,” writes Everett Worthington Jr., Ph.D. a former executive director of the Templeton Foundation’s “A Campaign for Forgiveness Research.” “Reconciliation,” he writes, “depends on whether people believe that each will act trustworthy and not re-injure each other.”

What would have helped Moss avoid this decades-long nightmare? If the countless Bystanders who witnessed his torment did the right thing, the heroic thing, and intervened. As the numerous letters to our organization attest, many such witnesses as adults harbor great regret and self-recrimination to this day.  They are unable to live with themselves for having succumbed to such dark peer pressure, or as today’s youth put it, how they became the Bully’s “tool.” They lament their cowardice, their indifference and their unwillingness to do the right thing afraid and help Moss and others like him. They know, though they often cannot fully explain, that such timidity in the face of blatant injustice and cruelty stole a part of themselves, the better part. It’s well past time to cultivate and celebrate the morally courageous among us. It’s time to cultivate and celebrate such heroes. They’re out there–they just need some tools, some inspiration, and a sense of responsibility that he ain’t heavy, he’s just like me. 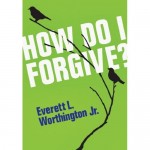 For a quick but powerful beginning step in this life-changing process, read Everett L. Worthington Jr.’s small, 31-page booklet, “How Do I Forgive?” [IVP Books].